The Gift of Imagination

Home » The Gift of Imagination 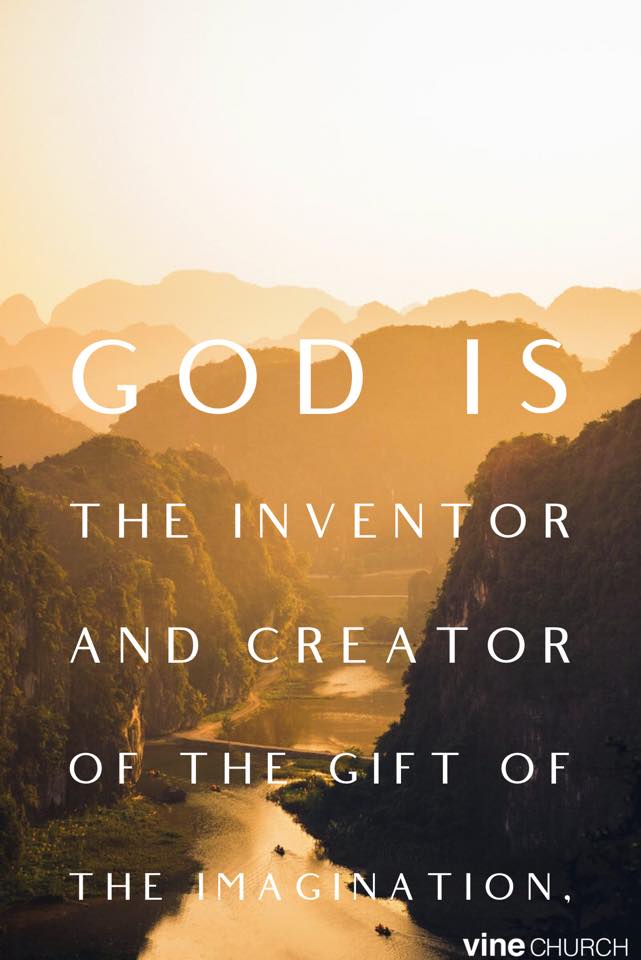 “Cynics and skeptics of prayer say that those who pray don’t really hear God’s voice or see God’s face. They say instead that it is “just their imagination.”

People who pray often take up the argument with something like, “No, it’s not my imagination, it really is God speaking to me!” But we who pray should reject the whole premise of the cynic’s argument because it presumes that God can’t speak to me through my imagination.

God is the inventor and creator of the gift of the imagination, and he loves what he has created!

Of course, God will speak to me and appear to me in my imagination, provided I allow God to do so.

I use the phrase prayerful imagination to indicate that I allow God to come to me through my imagination. For example, if, in my heart of hearts, I deeply desire for Christ to answer some question of mine, then I imagine Christ sitting beside me. I look right at him and he looks right at me, and in my imagination he speaks to me.

But isn’t it possible that I put words in Christ’s mouth? Might I get him to say in my imagination exactly what I would want him to say? Yes, that is possible. For this reason, I don’t take anything I learn in prayer at face value. Instead, I return to it in prayer, I ponder it as I journal about my prayer, I discuss it with a wise friend and/ or a spiritual director. In the end, I trust that God desires to speak to me and will do so in whatever way I allow him to.

Through persistence in prayer and in pondering the meaning of my prayer, God himself will help me sort out his own words and actions from the stuff that doesn’t come from him.

Because I believe so strongly in God’s desire to communicate with me and I trust in his ability to keep me from deceiving myself, I respectfully choose to ignore the cynics and let my imagination run wild and free in my prayer. God and I will make great use of it as we grow closer in intimate companionship.”