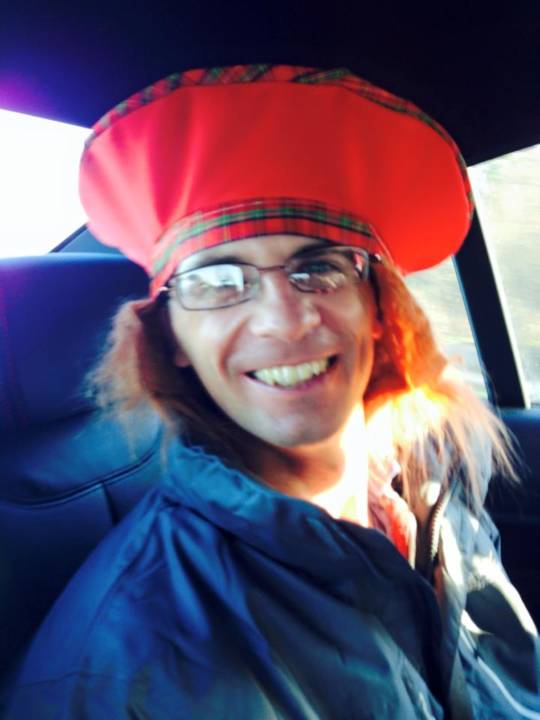 A Thai tribute to Alan Gemmell from the orphans he visited 25 times in Thailand:

Below is the eulogy read out for Alan at his Celebration of Life service:

Alan Michael Stewart Gemmell was born on the 16th of March 1979 at Chertsey Hospital, Surrey. He attended Touch Primary school and Queen Anne High School in Dunfermline. Growing up he was very good at playing the French horn and was a very good tennis and snooker player. He won 3 swimming medals and he also enjoyed playing golf. He was always in the top group throughout primary school.

“the first thing I thought about was how much of a dare devil he was, and the earliest example I can remember of that was when we were wee and he asked me to push him down the stairs in a cardboard box, which I also thought was a great idea, but mum didn’t when it inevitably led to one of his many injuries and I think he had to go to hospital!”

Alan was bold and courageous. His father David tells of the time he would visit him in Spain and go to the clubhouse for something to eat. Alan would choose items he had never tried before such as swordfish and eat the lot to the amazement of his dad. Alan was adventurous and bold.

“When he was about 3 years old I was a member of Worplesdon Golf Club in Woking, Surrey & I would take him with me if I was only going to play a few holes. One of the holes was over a hill & there was a bell you had to ring so that people behind knew it was safe to play. Well I always had trouble finishing the hole because Alan always wanted to go back to ring the bell!! He would regularly remind me of this even although he had been but a wee lad at the time.

For at least 10 years I took him to the Wellsgreen golf driving range every Thursday morning. It was Groundhog Day because he always hit 100 golf balls & invariably fell over due to his balance problems. And he never ever complained about his falls. He just dusted himself off & got on with it.”

This sums up Alan’s personality and attitude. One of the largest quotes on Alan’s walls was:

“Nothing worthwhile getting is easy! PERSEVERE!” with James 1.2-4 beside it…”Consider it pure joy, my brothers, whenever you face trials of many kinds…”

Once Alan, was going to his uncles for a Burns supper – he fell outside his house en route, bashed his chin, broke his front tooth and still went to the supper as if nothing had happened. That was Alan’s attitude to life: onwards ‘n upwards.

One of Alan’s close friends Andrew Perry says this of Alan:

“Perseverance, fun, laughter, friendship, Faithful servant to God.. These words sum up my great friend Alan Gemmell. 40 years of life – I knew him for 28 of those and spent 19 great years living beside him before God took him to heaven on 16 November 2019, They say life begins at 40 but 25 trips to an orphanage in Thailand, a trip to Australia and many miles of cycling with a final trip in a racing car at Knockhill and volunteering at Sue Ryder sum up a great life despite many health challenges.”

Amos Alari, the owner of Alaris’ chip shop remembers their weekly trips to the chip shop. Amos said this of Alan:

‘He was a regular customer of ours for years and we always enjoyed hearing about his charity trips and the efforts he made to help others. It was such an amazing thing for him to do despite his own problems.”

One of Alan’s close friends Lenny Turk said this:

“Alan was a very faithful attender at the Harvest Group in Queen Anne and absolutely loved going away on weekends away with us throughout his school days and beyond. At his craziest, we remember him as someone who would do incredibly dangerous things without concern for his own safety – often with disastrous results.
But in all his great qualities, I will always remember his cheeky sense of humour and the way he laughed so hard at his own jokes – and of course he even laughed a lot after being kicked in the head by a horse.
I called him Big Al and he called me Wee Len – and many more unrepeatable names. I will miss Big Al so much”

I had the pleasure of having coffee with Alan at Powmill milk bar last year. I asked him what he found most difficult about his decline in mobility and Alan never for one second showed any self-pity but said:

Knowing that I’ll not be able to go over to Thailand again to visit the orphans!

Alan has been to Thailand 25 times to visit and support and help the orphans over there and gave thousands of his own personal finance to support them. What a great example of eyes outward and considering others even through pain and disappointment. Alan didn’t have much but with the little he did have; he was incredibly generous. His dad David said that when he was able to access Alan’s bank account he discovered he supported every month 7 charities on top of the thousands of pounds he gave to the Orphanage in Thailand.

Alan was not only generous with his money but also his time and he volunteered at the local Sue Ryder charity shop for many years and had a 15-year certificate. The family are delighted that Ann & some of the staff are here today.

One of Alan’s friends, David Ford, who knew Alan since school said:

“Alan was my best friend & the nicest person I had ever met. I am so proud of him & will miss him dearly.”

“He was also one of the cheeriest people I knew, with the most unwavering faith regardless of the circumstances he was faced with. I’ve never met anyone like him, I love him dearly, even if I wasn’t always great at communicating it to him, and will always miss him.”

Alan ended up donating his organs so that even in his death, he ended up helping those in need. This was typical of Alan.

Alan, was a member of the Vine church in Dunfermline for most of his life. Alan loved to sing and worship with all his heart and he will be missed by his Vine church family very much.

“…yesterday I was suddenly watching him in the sunshine running over a grassy slope. God gave me ‘Freedom’ as His word over Alan so that’s where I can go now”

That’s a beautiful picture. Alan in freedom, in the sunshine running over a grassy slope. I reckon David, he was running as fast as he could to ring that golf course bell one more time.